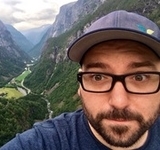 I've been working on putting together a new course on Nordic Ecocinema. It will be taught in a pilot version this coming spring before I submit a full course proposal to CLA next year. The pilot version will be taught this spring under the current course number, SCAN 3604W: Introduction to Nordic Cinema. I had two student research assistants working with me this past spring semester as part of the CLA Dean's First-Year Research and Creative Scholar Program to help prepare materials for that upcoming Nordic ecocinema course, and I'm quite proud of the work we did together.

On the research side, I recently finished a book chapter on ecology in Danish cinema for an edited collection that will be coming out with Edinburgh University Press early next year. The chapter is called "Dirty Films: Grimy Materialism and the Ecological Aesthetics of Hlynur Pálmason's Vinterbrødre," and the book is called A History of Danish Cinema (eds. C. Claire Thomson, Isak Thorsen, and Pei-Sze Chow), forthcoming in the Traditions in World Cinema series at Edinburgh University Press.

Also on the research side, I'm working on my first book right now, which is about environmental horror in Scandinavian film, tentatively titled The Ecological Uncanny in Nordic Cinema. 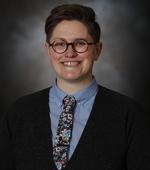 This interdisciplinary collaboration spans the arts, humanities, and sciences to explore questions in the fields of queer and trans* ecologies about new embodiments and social relations in the Anthropocene. Graduate students and faculty from underrepresented communities developed this project to provide much-needed perspectives on some of the most pressing issues of our time related to nature, the environment, global climate change, and sustainability. Over a three-year period, we will create resources for intersectional and transnational queer and trans* studies scholars, convene a reading and working group, and conduct engagement activities in environmental justice.

“The Affective Times of Fear: Stories from India” appears in E-International Relations, August 2020.

A Grand Challenge course, co-taught by Jonee Kulman Brigham and Paul Imbertson, was featured in an article called "Energy Transition Education in a Power Systems Journey," published in July 2020 in the American Journal of Economics and Sociology. The course integrates environmental and energy humanities using art, and story as part of the student experience and their public science communication using GIS Story Maps that explore the history and future of the electric grid.

Ecology Without Culture: Aesthetics for a Toxic World. Minneapolis: University of Minnesota Press. 2017. 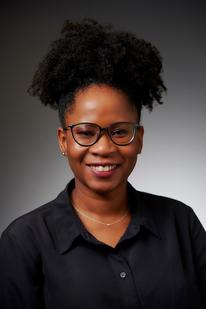 Ntombizodwa Mpofu is a History PhD candidate. Her research asks why and how it has been difficult to realize the full potential of the commitment to correcting the historically unequal distribution of water in South Africa. She explores and proposes that the problems with water scarcity in South Africa can be a result of an intersection between South Africa’s heavy reliance on coal electricity and water legislation historically drawn along racial lines in a water stressed environment. She examines the history of unequal water distribution in South Africa after apartheid, specifically the post-apartheid attempts at redress, which entrenched the right of access to sufficient water in the Constitution of 1996 resulting in the National Water Act of 1998. The Act provided for a fundamental reform of the law relating to water use and water resources. However, the National Water Act of 1998 has been criticized for granting Eskom the position of ‘strategic’ water user, which guarantees Eskom water supply even in cases of drought. 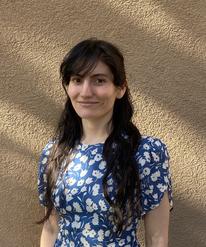 Carlie Cervantes de Blois is a PhD candidate in the Department of History of Science, Technology, and Medicine. She studies the history of international technical development and localized water management practices as they relate to land-changes in the Pacific region since the Cold War. Her dissertation focuses on the question of political and ecological “progress” in technical development projects meant to modernize post-colonial nations. Because the literature about development in Asia is often seen through the lens of top-down modernity, Carlie incorporates the perspective of the nearby communities and workers, technical experts from Indonesia and Japan, and a river basin itself in examining the building of two important dams located in Java, Indonesia. With a Fulbright research award, Carlie will incorporate collected interviews, archives, and apply new materialism to show how land-change and water impacted engineering knowledge, the local ecology, and political goals of progress. Ultimately, she argues not only that these overlooked perspectives changed the planning and building of large-scale dams, but also that divergent development goals between Japan and Indonesia met and clashed with the prevailing American narrative in Java throughout the 20th century.

Catherine J. Bruns is a Communication Studies PhD student at the University of Minnesota-Twin Cities. This summer, Catherine attended the Rhetoric Society of America’s Summer Institute, which was held virtually for the first time in its history. During the Institute, Catherine attended two week-long seminars on Ecological Feelings and Cultural Politics & Activism; both seminars were facilitated by prominent rhetoricians in the field and intended to advance participant writing via intensive peer review sessions. In one seminar, Catherine workshopped an essay on Indigenous understandings of ecological grief, which was later presented during a roundtable discussion at the International Environmental Communication Association conference in June. In the other seminar, Catherine expanded a project examining the confrontational rhetoric of climate activist Greta Thunberg, which she hopes to share with the EHI community during the 2021-22 Dialogues in the Environmental Humanities Seminar Series. Catherine’s participation in the RSA Summer Institute advanced her knowledge of environmental communication, which will be critical to her forthcoming dissertation on media coverage of water scarcity, and enabled her to connect with scholars from around the world, including a Norwegian scholar whom she hopes to collaborate with on a project about glacial loss. Catherine is grateful to EHI for its support and funding of this summer research experience. 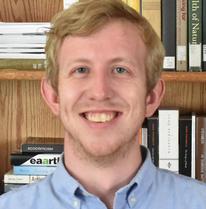 Chris Bowman is a PhD candidate in the University of Minnesota’s English department. His dissertation, “Climate Change of Mind: Revisiting Dust Bowl Narratives in a Time of Climate Catastrophe,” argues that in many ways, the crisis of contemporary climate change is a crisis of narrative, as we have collectively struggled to conceptualize, portray, interpret, and respond to our growing challenges. To argue this point, his dissertation begins by studying another period of broad, human-caused environmental change—the 1930s Dust Bowl on the American Great Plains—to study how writers of this time and place responded to this crisis, and sought to generate public support for those affected by it through their literary narratives. His dissertation then transitions into a study of contemporary climate change fiction, often referred to as “cli-fi,” to highlight how the recent trends of dystopian, satirical, and apocalyptic narratives within this genre have been counterproductive to the activist aims of many cli-fi writers. Rather than inspiring hope for a better future, these fatalistic narratives have instead contributed to the broad normalization of environmental degradation. Ultimately, Chris’s dissertation seeks to reconcile the differences between these time periods, as he identifies new—or, perhaps “old”—ways of writing about climate change in order to encourage more productive responses to it in society at large. 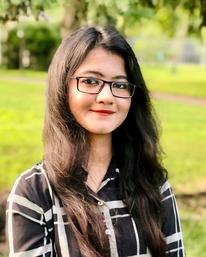 Sreyashi Ray is a PhD candidate in Asian and Middle Eastern Studies. Her dissertation project focuses on the representation of multispecies coexistences and human-animal co-constitutiveness in South Asian colonial and postcolonial cultural productions. Sreyashi studies how nonhuman animal figures function in vernacular cultures as metonymies of colonial oppression, as materialized bodies circulating within postcolonial capitalist economy, as cultural symbols in communal politics, and as postcolonial subjects implicated in anti-humanist conservation practices. She argues that the material-symbolic aspects of animal figures in vernacular narratives provide a crucial entry-point for investigating how human social oppression, environmental violence, and animal abuse operate in interconnected ways. Instead of reducing fictional animals to symbols of human life-worlds, which might risk foreclosure of empowering human-animal alliances underlying fictional representation, Sreyashi's project underscores the productive presence of fictional animals as material bodies alongside humans by studying the intersections of human social histories with nonhuman ecological histories. 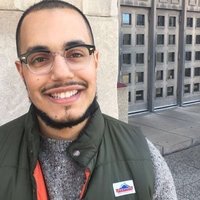 Thomas Seweid-DeAngelis studies the figure of the terrorist in the United States’ global imaginary. His work examines a variety of racist images, memes, and videos from the early 2000s alongside the work of Black and Muslim cultural producers to understand how ideas about Blackness and Muslimness inform what can be known about the terrorist. Working with the Environmental Humanities Initiative, Thomas has been involved in the Critical Race and Animality Studies Reading Group. He is a fourth-year Ph.D. student in the Department of American Studies and a Graduate Writing Consultant with the Community of Scholars Program. Outside of the university, Thomas works as a graduate school application coach.

An Interview with Timothy Frye: Co-Leader of Natures’ Empires 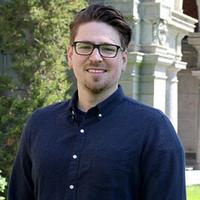 Environmental Humanities Initiative graduate scholar Timothy Frye talked with us about Latin American literature, the interdisciplinary trajectory of the field, and the successes (and failures) of his reading group Natures’ Empires. Click here for a treasure trove of readings, people, and experiences that have influenced Tim’s thinking.

Traditional narratives and analysis of the work of Felix Gonzalez-Torres has focused on his contributions to post-minimalism, his personal relationships, or the ongoing AIDS crisis. However, Stuart proposes that his work also has something important to say about the relationship between politics, aesthetics, and ecology that is useful as we grapple with different problems in each of those three categories.

Stuart presented this research at the Pacific Northwest College of Art this past November.

This summer, I was enlisted to tell the ecological, historical and cultural story of the Cloquet Forestry Center's Camp 8, a 44-acre stand of old-growth red pines. In telling this story, I interviewed foresters, scientists, a National Park Service ranger, a fire ecologist and members of the Fond du Lac Band, as well as conducting research, using both archival documents and contemporary sources. Through this story, I discuss evolving ideas about land management in the age of the Anthropocene, fire exclusion on our landscapes and cultural burning as an important, historic practice by Indigenous Peoples. For this project, I am producing an ESRI Story Map  with multimedia elements as well as a creative nonfiction essay. Learn more and contact Clare Boerigter.

Where Are They Now

Stay connected with EHI graduate students even after they've graduated from the University of Minnesota. 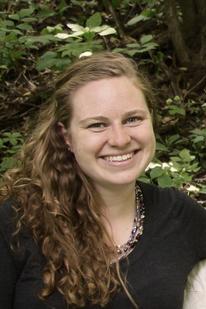 I graduated with a Ph.D. in History of Science, Technology and Medicine in January 2020. I currently work as the Coordinator of Informal Interpretation at the Minnesota Landscape Arboretum and am a member of the Institute on the Environment's Educators affiliates program. I am currently working on a history of Nuns in Botany. 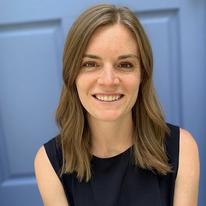 I am currently a Lecturer in German at Carleton College in Northfield, Minnesota, where I teach language courses and seminars in English and German on topics ranging from fairy tales and folklore to the literary and cultural dimensions of environmental thinking in Germany. My research interests include environmental humanities, ecocriticism, critical theory and German-language literature. In particular, I explore geologic time scales in fiction and how stories of the deep past are told. With colleagues at Carleton and other institutions, I've been working on an online resource hub that houses materials for projects in environmentally-focused and community-engaged pedagogy in the field. I am also co-editor of an upcoming special section of Die Unterrichtspraxis on the same topic of sustainability and community engagement (forthcoming in November). 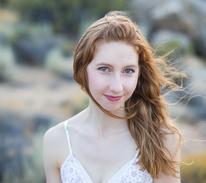 “Blending family memoir and environmental history, Kendra Atleework conveys a fundamental truth: the places in which we live, live on—sometimes painfully—in us. This is a powerful, beautiful, and urgently important book.”